Barcelona is a city on the coast of northeastern Spain. It is the capital and largest city of the autonomous community of Catalonia, as well as the second most populous municipality of Spain. With a population of 1.6 million within city limits, its urban area extends to numerous neighbouring municipalities within the Province of Barcelona and is home to around 4.8 million people, making it the sixth most populous urban area in the European Union after Paris, the Ruhr area, Madrid, and Milan. It is one of the largest metropolises on the Mediterranean Sea, located on the coast between the mouths of the rivers Llobregat and Besòs, and bounded to the west by the Serra de Collserola mountain range, the tallest peak of which is 512 metres (1,680 feet) high.  Barcelona continued to be an important city in the Crown of Aragon as an economic and administrative centre of this Crown and the capital of the Principality of Catalonia. Barcelona has a rich cultural heritage and is today an important cultural centre and a major tourist destination. Particularly renowned are the architectural works of Antoni Gaudí and Lluís Domènech i Montaner, which have been designated UNESCO World Heritage Sites. The headquarters of the Union for the Mediterranean are located in Barcelona. The city is known for hosting the 1992 Summer Olympics as well as world-class conferences and expositions and also many international sport tournaments. Barcelona was the 20th-most-visited city in the world by international visitors and the fifth most visited city in Europe after London, Paris, Istanbul and Rome, with 5.5 million international visitors in 2011. By 2015, both Prague and Milan had more international visitors. With its Rambles, Barcelona is ranked the most popular city to visit in Spain. Barcelona is one of the world's leading tourist, economic, trade fair and cultural centres, and its influence in commerce, education, entertainment, sports, media, fashion, science, and the arts all contribute to its status as one of the major global cities. It is a major cultural and economic centre in southwestern Europe, 24th in the world (before Zürich, after Frankfurt) and a financial centre.

Barcelona has many venues for live music and theatre, including the world-renowned Gran Teatre del Liceu opera house, the Teatre Nacional de Catalunya, the Teatre Lliure and the Palau de la Música Catalana concert hall. Barcelona also is home to the Barcelona Symphony and Catalonia National Orchestra (Orquestra Simfònica de Barcelona i Nacional de Catalunya, usually known as OBC), the largest symphonic orchestra in Catalonia. In 1999, the OBC inaugurated its new venue in the brand-new Auditorium (L'Auditori). It performs around 75 concerts per season and its current director is Eiji Oue.  It is home to the Barcelona Guitar Orchestra, directed by Serg Vicente. The major thoroughfare of La Rambla is home to mime artists and street performers. Yearly, two major pop music festivals take place in the city, the Sónar Festival and the Primavera Sound Festival. The city also has a thriving alternative music scene, with groups such as The Pinker Tones receiving international attention.

The Barri Gòtic (Catalan for "Gothic Quarter") is the centre of the old city of Barcelona. Many of the buildings date from medieval times, some from as far back as the Roman settlement of Barcelona. Catalan modernista architecture (related to the movement known as Art Nouveau in the rest of Europe) developed between 1885 and 1950 and left an important legacy in Barcelona. Several of these buildings are World Heritage Sites. Especially remarkable is the work of architect Antoni Gaudí, which can be seen throughout the city. His best-known work is the immense but still unfinished church of the Sagrada Família, which has been under construction since 1882 and is still financed by private donations. As of 2015, completion is planned for 2026.

Barcelona was also home to Mies van der Rohe's Barcelona Pavilion. Designed in 1929 for the International Exposition for Germany, it was an iconic building that came to symbolise modern architecture as the embodiment of van der Rohe's aphorisms "less is more" and "God is in the details. The Barcelona pavilion was intended as a temporary structure and was torn down in 1930 less than a year after it was constructed. A modern re-creation by Spanish architects now stands in Barcelona, however, constructed in 1986.

Barcelona won the 1999 RIBA Royal Gold Medal for its architecture, the first (and as of 2015, only) time that the winner has been a city rather than an individual architect. 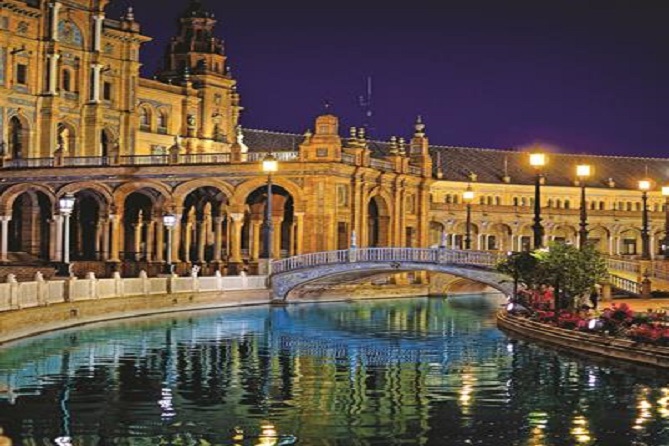