Barcelona, the capital of Catalonia, is one of the most popular tourist destinations in Europe. The city combines modern and historic architecture in a unique way.

Barcelona has been a center of Modernist architecture and is distinguished specially by the works of genial Antoní Gaudí, who together with his great contemporaries gave new and exciting looks to it, but has remained since then at the top of modernity.

La Sagrada Familia is the most popular attractions in Barcelona, attracting nearly 2.8 million visitors each year. It is a large and intricate basilica designed by Antoni Gaudi. Construction began in 1882 and continues to this day. The building is predicted to be completed within the next 30 years. Visitors will be captivated by the design elements and the religious symbolism built into all the spaces of the church. A glorious exterior and interior make La Sagrada Familia truly unmissable.

Magic Fountain is a fountain located below the National Palace on the Montjuic hill and near the Plaça d'Espanya and Poble Espanyol . The fountain , like the juice of the surrounding developments , Was Constructed for the 1929 Barcelona International Exposition . On selected evenings , When the fountain is activated , it attracts hundreds of visitors whoa watch the spectacular display of light , water and music . At the same time , the Palau National is illuminated , Providing a beautiful background .

It has a huge number of attractions including a city centre which retains its medieval street plan; some stunning modernist architecture including several buildings by Gaudí - Spain's most famous architect; dozens of museums including one dedicated to Picasso, another to Miró and yet another to Barça, Barcelona's world famous football club!

Barcelona is almost as lively at night as it is during the day and it has a unique, exciting atmosphere, which provides the visitor with a truly unforgettable experience. 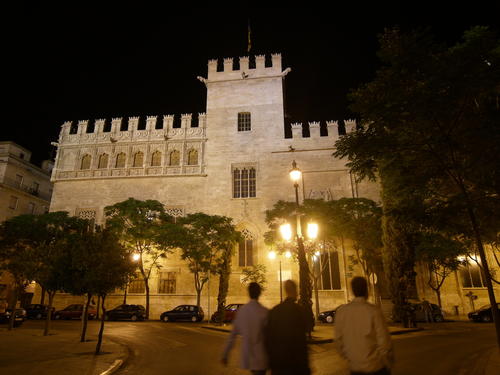